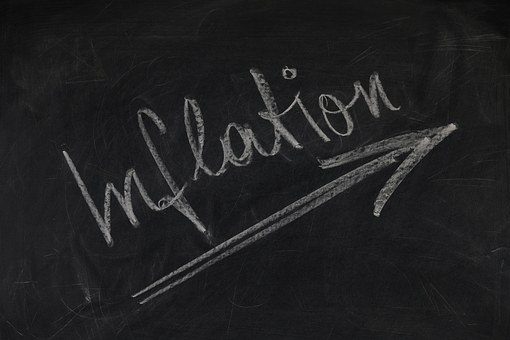 When I was writing technical analysis reports for the customers of a major global bank, I received some interesting feedback from one of the bank’s relationship managers. The customers liked the reports, she said, but it would be good if I made them less “technical.” Making technical analysis reports less technical, hmmm. (To be fair, it is actually good advice because striking a balance between technical details and readability is an art.) Sometimes, though, an explanation of a concept cannot help but delve into some detail. So please bear with me on this one.

Evidence is emerging that banks in the U.S. are struggling to find the money required to fund their operations. The “Fed Funds Rate” that gets the headlines when it is changed by the Open Market Committee of the Federal Reserve is not the whole story when we are looking at the technicalities of the money market. That rate is actually the Fed Funds Target Rate (Upper Bound). You see, the Fed sets an interest rate range, currently between 2% and 2.25%. Every day, banks in America lend and borrow the reserves they hold at the Fed at a rate which fluctuates in between that range. That rate is called the Fed Funds Effective rate. If there is increasing demand for money from banks, the Effective Fed Funds rate will drift higher. Contrary to popular belief, therefore, the Fed does not control the Fed Funds rate.

But wait, there’s yet another interest rate to consider. The Fed uses a rate called the Interest on Excess Reserves (IOER) as a tool to manipulate (sorry, influence) how close the Effective Fed Funds rate comes to the Target Rate (Upper Bound). If the Fed thinks that the Effective Rate is drifting too high, it will lower the IOER to encourage the Effective Rate back down (if the Effective Rate was above the IOER, banks would remove their excess reserves from the Fed to make more money by lending at the higher rate). I do hope you are still with me!

The Fed Funds Effective rate has been steadily rising in the range this year. In June, the Fed raised its Target Rate by 25 basis points but only raised the IOER by 20 basis points, a sign that it was concerned about the rising Effective Rate. However, the Fed Funds Effective rate has continued to rise. The chart below shows that the Effective Rate is now the same as the IOER and this indicates that there is still increasing demand for funds from banks.

The question is, why?

There are a number of explanations but one getting attention at the moment is whether banks are, essentially, running out of money. Since the Fed started taking away the liquidity punchbowl via its policy of Quantitative Tightening (QT) there has been increasing pressure on bank reserves, especially given that a lot of those reserves now have to be allocated to comply with new regulations. The relentless squeeze higher in the Fed Funds Effective rate could be a signal that banks are scrambling for funds.

The Fed itself does not buy that theory but, if there is an element of truth to it, here’s the stunning conclusion. If banks are already scrambling for funding after QT has barely begun, imagine what it is going to look like in the future as the Fed seems hell-bent on continuing to reduce the size of its balance sheet. There may be a dawning realization that when you scratch the surface of the liquidity mask that the Fed created by Quantitative Easing, what lies beneath is still very ugly.

Murray Gunn has worked for several firms as a fund manager in global bonds, currencies and stocks, including long posts at Standard Life Investments, the Abu Dhabi Investment Authority and HSBC Bank as Head of Technical Analysis. He has served on the board of the Society of Technical Analysts (UK) and is editor of Elliott Wave International’s European Financial Forecast Short Term Update.

This article was syndicated by Elliott Wave International and was originally published under the headline Deflation Alert: Money Already Scarce. EWI is the world’s largest market forecasting firm. Its staff of full-time analysts led by Chartered Market Technician Robert Prechter provides 24-hour-a-day market analysis to institutional and private investors around the world.